A girl with milk allergy dies from severe reactions to desensitization

Brooklyn Secor, 9, lived in Ontario, Canada.Brooklyn Secor lit up the room with her huge smile and bright blue eyes. The 9-year-old enjoyed.. 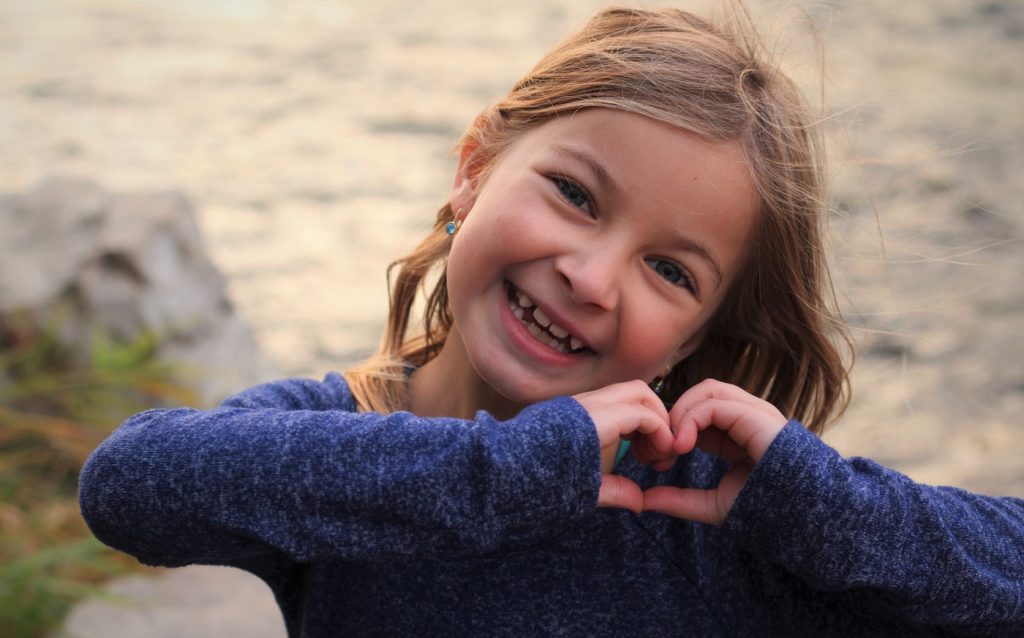 Brooklyn Secor lit up the room with her huge smile and bright blue eyes. The 9-year-old enjoyed gymnastics and making slime, and loved planning events like family birthday parties. Her younger brothers especially adored when she would entertain them, overseeing fun activities.

But Caleb and Oliver lost their big sister, and Christina and Daniel Secor lost their precious oldest child on May 20, 2021. In what’s believed to be the first case of its type, Brooklyn died from anaphylaxis after eating a small bit of food as part of a dairy desensitization therapy.

The girl from southwestern Ontario, Canada was allergic to dairy and had asthma. Under an allergist’s advice, Brooklyn had progressed to eating a daily tiny piece of muffin containing baked milk. The aim was to reduce her sensitivity to dairy.

Brooklyn had not had any previous reactions to her baked milk doses and had generally been feeling well through six months on the protocol. Yet she did awaken with an asthma flare-up during the night on May 19, and used the rescue inhaler.

Then the next evening of May 20, within two hours of eating her usual muffin bite, the girl was sneezing, wheezing and feeling itchy. Christina initially attributed these symptoms to her child’s environmental allergies and asthma – it was spring. (Previously, Brooklyn had only had one milk anaphylactic reaction as a young child where epinephrine was administered.)

Christina helped Brooklyn take a few puffs of her rescue inhaler. That didn’t provide much relief, so the mom next gave her child Benadryl, the family’s go-to for minor allergic reactions.

Just after having the antihistamine, Brooklyn blurted out that she needed to go to the hospital. Her mom raced to give her an epinephrine auto-injector shot. But in administering the injector, Christina pulled it from her daughter’s leg immediately – rather than waiting the required few seconds. Unsure in this emergency if the medication was fully dispensed, she gave the child a second epinephrine injection and called 911.

With the ambulance on the way to their home in Woodstock, Ontario, the mother and daughter headed to the front hallway. Brooklyn suddenly seized and collapsed. Her mother lay the girl down, and frantically called 911 again, following instructions to start chest compressions. As she did so, she noticed Brooklyn was struggling hard to breathe.

The paramedics arrived, and Christina thought they would be able to help Brooklyn. But with the sleeping boys at home, the mother could not accompany her daughter in the ambulance. When Christina was able to get to the hospital, she was told her daughter had died in the ambulance. Despite the efforts of hospital staff, there was nothing they could do.

“It was a shock and a horror. This can’t be true. It was an absolute nightmare,” recalls Christina, who is speaking out now in the hopes of raising awareness of the seriousness of food allergies, and to stress to others not to put off giving epinephrine in a reaction. “I don’t want anybody else to hesitate, like I did.”

Desensitization and the Milk Ladder

Brooklyn’s tragic death is the first known fatality in the world due to dairy desensitization, says Dr. Douglas Mack, who co-owns Halton Pediatric Allergy near Toronto. Mack, who did not know the girl, has been offering private practice OIT for nine years for a range of food allergens.

Desensitization is a process that helps an allergic patient’s immune system to accept certain amounts of specific allergens, without having a reaction. In Mack’s view, in general, it is safe. But whether it is through OIT or a program of starting on tiny amounts of dairy baked goods, he says families must remember – this is not a cure. It is an elective treatment, and it is not without risk.

Brooklyn began to regularly eat tiny bits of food containing baked milk at the end of 2020, after her allergist suggested that a type of desensitization known as a milk ladder might help her to tolerate some dairy. She ate a crumb each day of cookies that her dad Daniel baked, which contained one-eighth of a teaspoon of milk. Then the family gradually increased the amount of milk baked into the cookies and the number of crumbs the girl ate. At an appointment in March 2021, the allergist suggested that Brooklyn start eating a pea-size bite of store-bought muffins containing baked milk.

It’s typical with a milk ladder to start with food you bake yourself with a specific amount of milk, Mack says. When the food is extensively heated through baking, it modifies the milk protein so that it is less allergenic. Milk protein changes less when it is cooked in a waffle iron, and even less so when it is in hot cheese on pizza. So on a ladder, the patient gradually increases the amount of milk and also changes the type of food. For example, the patient could progress from a muffin eventually to a slice of pizza.

The ladder is a way to work from less allergenic to more allergenic forms of cow’s milk, says Dr. Corinne Keet, a professor of pediatric allergy and immunology at UNC School of Medicine. It may be more appropriate for younger children and those whose tests suggest they are less allergic than for children who are older or who have a history of a significant reaction to milk, she says.

Why Would Brooklyn React?

The Secors thought that having Brooklyn eat tiny amount of baked dairy “would be something simple that would gradually increase her tolerance,” Christina says.

But they weren’t aiming to have Brooklyn climb high on the ladder. They were content with their daughter staying at two pea-sized crumbs of dairy-containing muffin without reacting. 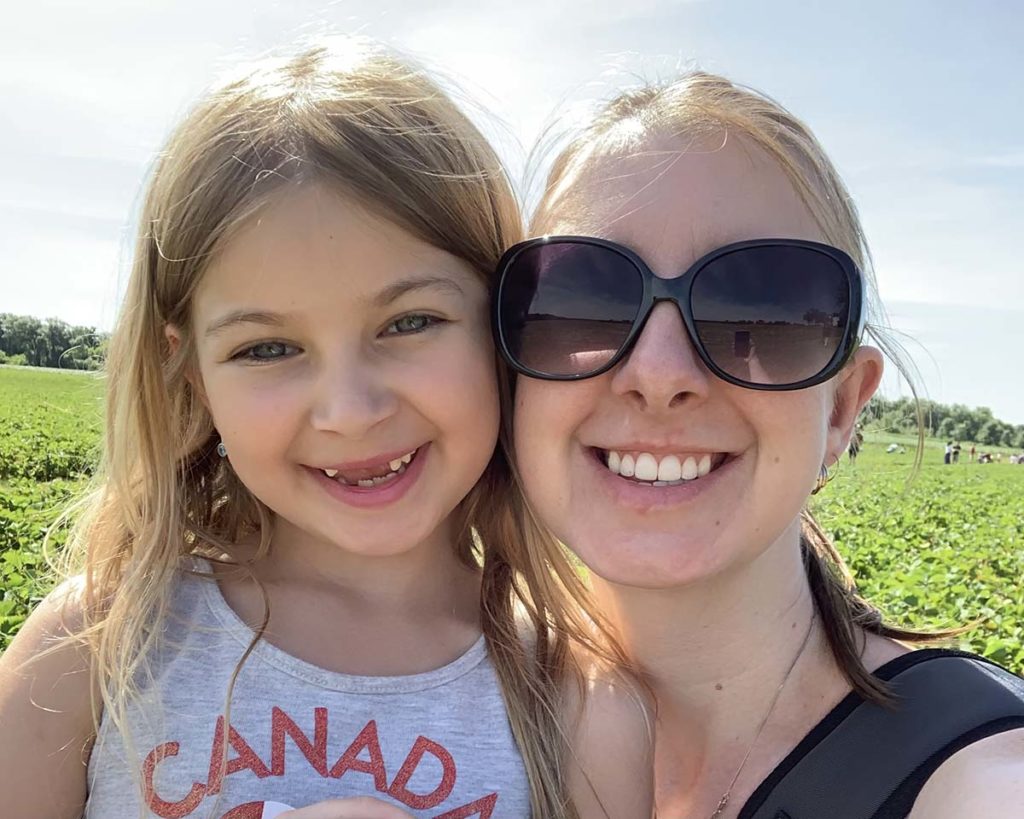 Over six months, Brooklyn’s daily “dose” of baked milk crumbs had become part of life in the Secor home. So on May 20 when Brooklyn ate her usual nibble of muffin, Christina did not have any elevated concern. In hindsight, she can’t comprehend: “Why would this tiny bit kill her?”

Brooklyn did have asthma, was it a factor in her fatal reaction? Despite on a coroner’s report on the girl’s death, no one has told the Secors whether it was. During virtual schooling in the pandemic, Brooklyn would some days forget to use her asthma controller inhaler. However, she wasn’t milling with other kids and getting exposed to the colds that were known to set off her asthma.

These days, growing numbers of food allergy families are turning to either OIT or dairy or egg desensitization in an effort to help allergic kids reduce their degree of sensitivity to an allergen. In studies, for many patients this increases the threshold level of how much allergen it will take to set off a reaction. That’s not a cure, but for many families, treatment does significantly lessen stress and improve quality of life.

OIT success stories are now common in the news and social media. But what’s sometimes lost in the enthusiasm is the fact that not every patient qualifies as a candidate for a desensitization program or finds success. There are risks, and the need for in-depth doctor-family discussions.

“While there are benefits to these treatments, there are significant risks and the likelihood of reactions is higher than with food avoidance, at least for a few years,” says Keet, who has has been involved in extensive research on allergen desensitization and OIT.

It is important for families to understand that children can react to doses that they have previously tolerated. Factors that may contribute to a reaction include exercise, illness, menstruation, missing doses, or medications. But Keet says, it also sometimes happens without any particular trigger.

Mack knows from his own clinic that desensitization certainly can be safely undertaken. But communication and education are of paramount importance. He says it’s essential to educate families about the process, the risks and how to handle reactions when they begin. Although milk ladders are less structured than OIT, which doctors strictly monitor, preparation remains key. Families are expected to dose routinely, decide whether a patient is well enough to dose, and how to recognize and treat a reaction.

“We are expecting families to be junior medical professionals,” he says.

Protocols for taking part in OIT often include precautions with common reaction triggers, Mack says. He advises patients to avoid exercise an hour before and two hours after each dose. They are to check with the doctor if a patient becomes ill, as they will often need to reduce the allergen dose during an illness. Oversight from the physician is crucial to the safety of the patient, says Mack, who has desensitization patients contacting his office 24/7.

Keet adds: “It’s also important for parents to understand the risks associated with these protocols. All available evidence points to more likelihood of severe reactions during desensitization than during avoidance, so it is not a time to let your guard down about treating reactions.”

Christina Secor and her family have suffered a terrible loss. She wants to make sure others understand the severity of food allergies, and that there are risks involved in desensitization therapy. She hopes that families who live with food allergies take the message to heart – be attentive to reactions and don’t hesitate to use epinephrine.

This mother has been filled with guilt since her daughter’s death – she feels that perhaps she could have saved Brooklyn if she had given her epinephrine sooner.

“I want to bring awareness to families to use the epinephrine. As much as you may think you realize it’s serious, you may not realize the full extent of what your child is at risk of.”

When considering any type of desensitization therapy, the experts we interviewed recommend the following topics be part of the conversation with your allergist.

Asthma: Because asthma is a risk factor for severe or fatal reactions with or without desensitization therapy, it is essential to ensure asthma is controlled before starting a program. As well, you need to know how to treat it adequately if it becomes uncontrolled. “It’s also important not to assume that a respiratory reaction is ‘just’ an asthma attack,” says Dr. Corinne Keet. “I get uncomfortable when someone is requiring treatment with a bronchodilator (like albuterol) for dosing during desensitization.”

Dosing: Discuss how to feel comfortable with giving dose. How to assess and respond when things are not going well, or when are things are going well.

Allergist communication: When should you contact the office, and what is the allergist’s availability?

Reactions: How to assess and treat a potential reaction. Keet emphasizes the importance for everyone in the family to understand the signs of a reaction and how to treat it. Giving epinephrine early in a reaction is most effective, she reminds.

Related Reading:
Inside the Epidemic of Epinephrine Hesitation
Rewards, Risks of Baked Food Challenges for Milk and Egg Allergies
All About Epinephrine: Allergic Living’s Guide 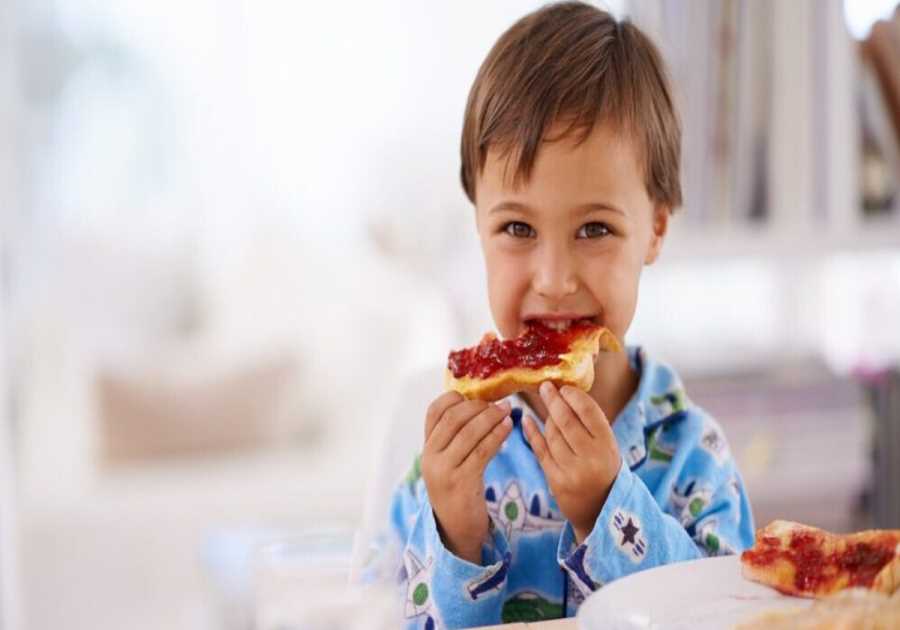 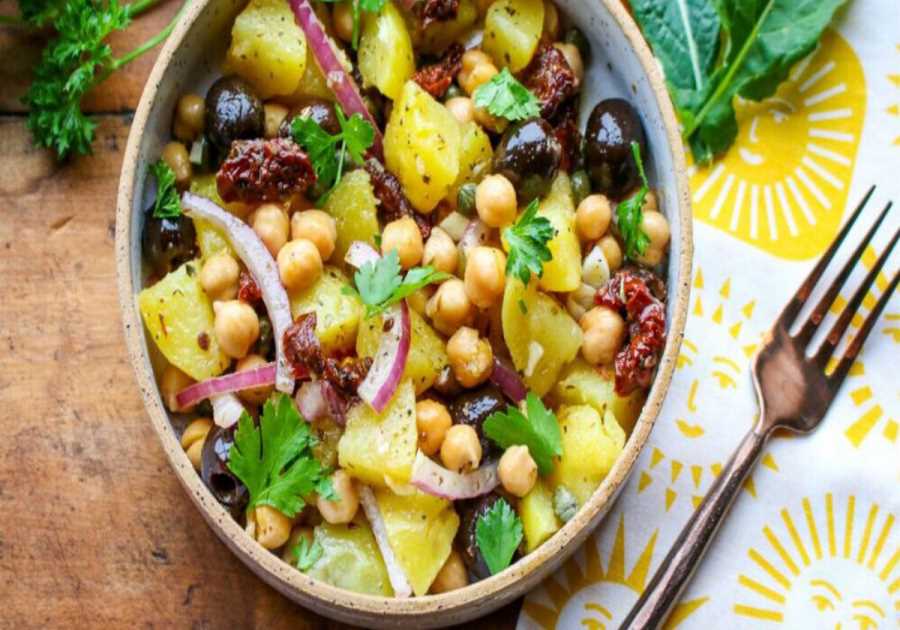 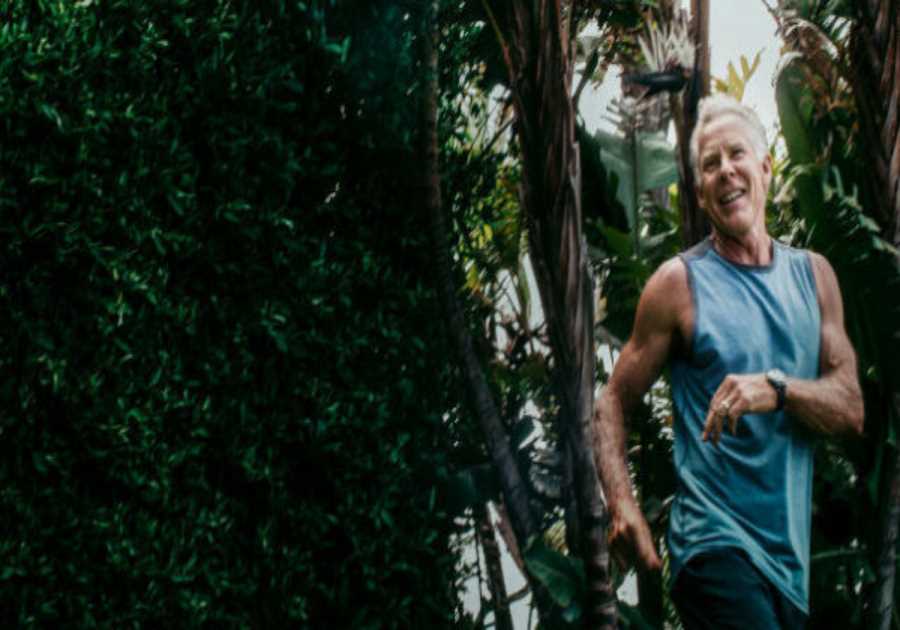 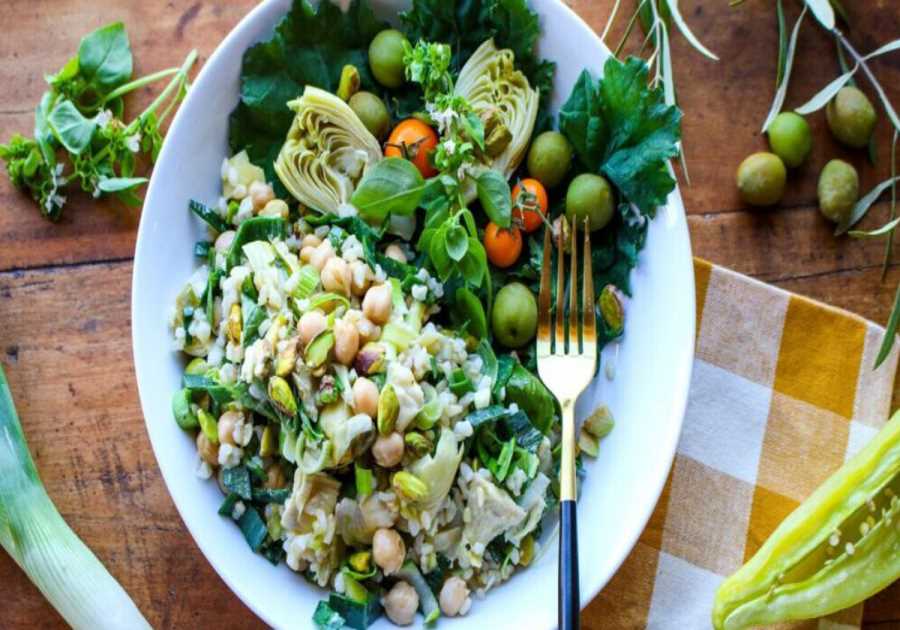 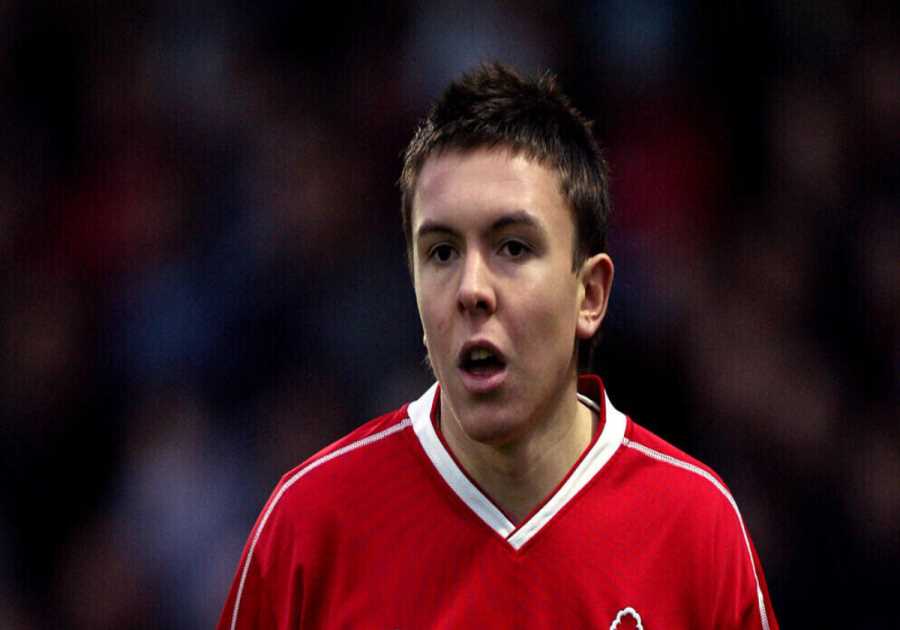 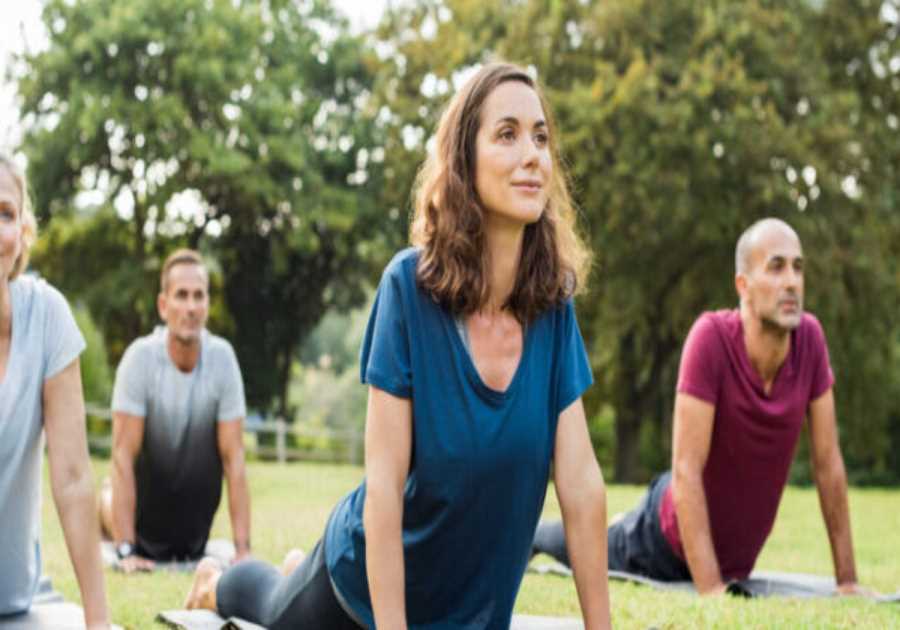