Pumpkin Seeds and the Benefits They Offer 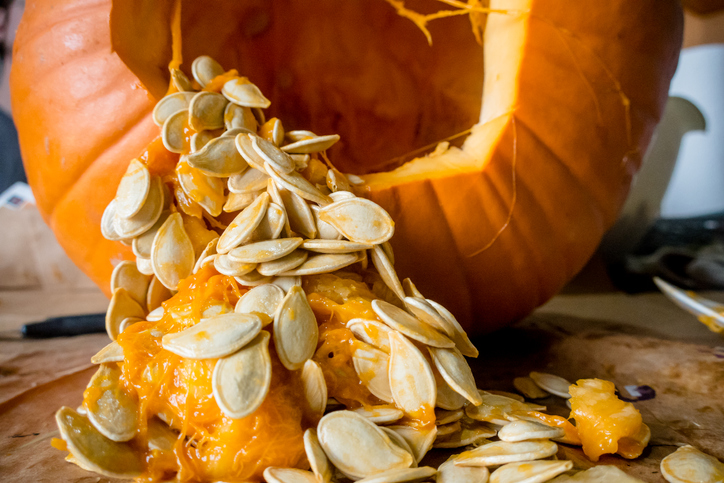 As Autumn approaches, your thoughts turn to crunchy leaves underfoot, brisk hikes through brilliant red, orange, and yellow forests, kids in costumes, wool sweaters and scarves, Thanksgiving dinners, and soups simmering away on the stove. Oh, and pumpkins. Pumpkin everything. Pumpkin spice lattes. Jack-o-Lanterns. Pumpkin pie. Decorative pumpkins, culinary pumpkins, that Charlie Brown pumpkin movie. And yet pumpkins as a source of nutrition remain a bit of an after thought.

People don’t really think to eat pumpkins unless it’s in pie or spice form. Few are making pumpkin soup, roasting pumpkin seeds, or sautéing pumpkin slices. But recall that pumpkins are an incredibly ancient American food that, as a member of the winter squash family, they formed one of the “Three Sisters” that many Amerindian populations used as staple crops, the other two being beans and corn.

Today, I’m going to explain the health benefits of eating pumpkin and its various products, including the flesh, the seeds, and the oil from its seeds. Yes, yes, pumpkin seeds are seeds, and pumpkin seed oil is a seed oil, which we normally try to avoid, but these are not industrial products. A pumpkin seed is obviously full of oil. You press it and oil comes out. No hexane or other industrial solvents required.

But I’m getting ahead of myself. More to come on that.

What Are the Benefits of Pumpkin?

Pumpkin is far lower in carbs and far higher in nutrients than you think.

A full cup and a half of pumpkin flesh has just 12.8 grams of digestible carbohydrates and under 70 calories, with around 3 grams of prebiotic fiber that can nourish and feed your healthy gut biome. For that small dose of carbs and calories, you also get:

Pumpkin offers a quick and easy way to get loads of nutrients, including ones many low-carb, keto, or otherwise carnivorous eaters have trouble getting, like potassium, manganese, and vitamin C, without incurring a big carb or calorie load.

Other winter squashes are just as good, if not even better.

A cup and a half of cubed butternut squash flesh:

A cup and a half of cubed acorn squash:

Somewhat more starchy, but not much. Most diets can handle 30 grams of carbs. And the nutrient density is incredible.

There isn’t much research into pumpkin flesh eaters. But that’s okay, because we can look at the nutritional facts and know including all those micronutrients in our diets will have positive effects.

Pumpkin seeds are extremely high in magnesium and other minerals.

For just an ounce of pumpkin seeds, you get 155 mg of magnesium (nearly half your daily requirement), 1.3 mg of manganese (over half your requirement), 40% of your copper, and 20% of your zinc. That’s for 5.5 grams of omega-6 fats, 4.5 grams of monounsaturated fat, and 2.4 grams of saturated fat. Omega-6 linoleic acid isn’t nearly as problematic in whole foods as it is in refined, industrial seed oils or fast food fryers—and 5.5 grams isn’t that much.

The seeds have been shown to reduce postprandial blood glucose when consumed as part of a meal. The same meal using flax instead of pumpkin seeds had no such beneficial effect on blood glucose, despite flax being far higher in fiber (which supposedly improves glucose control).1 Further analysis has identified several components of pumpkin seeds, including inositol, nicotinic acid, and trigonelline, as responsible for the hypoglycemic effects.2

Benign prostatic hyperplasia is benign in that the enlargement of the prostate gland isn’t cancerous but it’s non-benign in that it can impede the flow of urine. In one placebo-controlled trial, a pumpkin seed extract improved the symptoms of men with benign prostatic hyperplasia. Those who took the extract (but not the placebo) for a year reported better symptoms.3 Another study had similar results using a fat-free pumpkin seed extract, finding that the supplement reduced nighttime urination.4

Albeit in rats, the consumption of roasted (but not raw) pumpkin seeds improves biomarkers associated with erectile function. PDE-5 levels (the same thing that Cialis and Viagra target) improved, MDA (a marker of lipid oxidation and general inflammation) improved, as did nitric oxide levels. You aren’t rats, and this didn’t actually measure erectile outcomes, but it’s promising.5

I’ve seen some people worry about the oxalate content of pumpkin seeds. After all, most seeds contain oxalates—they are a form of “antinutrient” that plant use for their own protection—and pumpkin seeds should be no different. It turns out that eating pumpkin seeds actually lowers the calcium-oxalate crystal occurrence in the urine.6

I read a single case study on the power of pumpkin seeds found in an old letter to the editor of a medical journal. A patient who’d been maintaining his mental health for years using 1.5 grams of L-tryptophan was suddenly plunged into deep depression when L-tryptophan was pulled from the shelves. After lots of research, his doctor (the author of the letter) realized that 200 grams of pumpkin seeds was the most cost effective source of L-tryptophan. He ate the seeds and the depression lifted.7

What about the Phytic Acid?

Now, pumpkin seeds are still seeds. They do contain phytic acid, which can have undesirable effects on calcium and other mineral absorption. But there’s another side to phytic acid—it seems to enhance anti-cancer cell activity.8 And if you have the right gut bacteria, you can degrade phytic acid into inositol, a compound with many benefits including blood sugar and mood regulation.

If you want to mitigate or eliminate some of the phytic acid, there are things you can do:

But if you’re interested in boosting your intake of magnesium and manganese and perhaps enjoying some of the other benefits I listed, an ounce of pumpkin seeds is a great option that shouldn’t cause any problems for you.

Pumpkin flesh (and that of other winter squash) is definitely worth incorporating into your diet.

So, I’d love to hear from you. What’s your favorite way to eat pumpkin? Do you roast the seeds? Ever notice any of the benefits listed above?

The post The Benefits of Pumpkin and Pumpkin Seeds appeared first on Mark's Daily Apple. 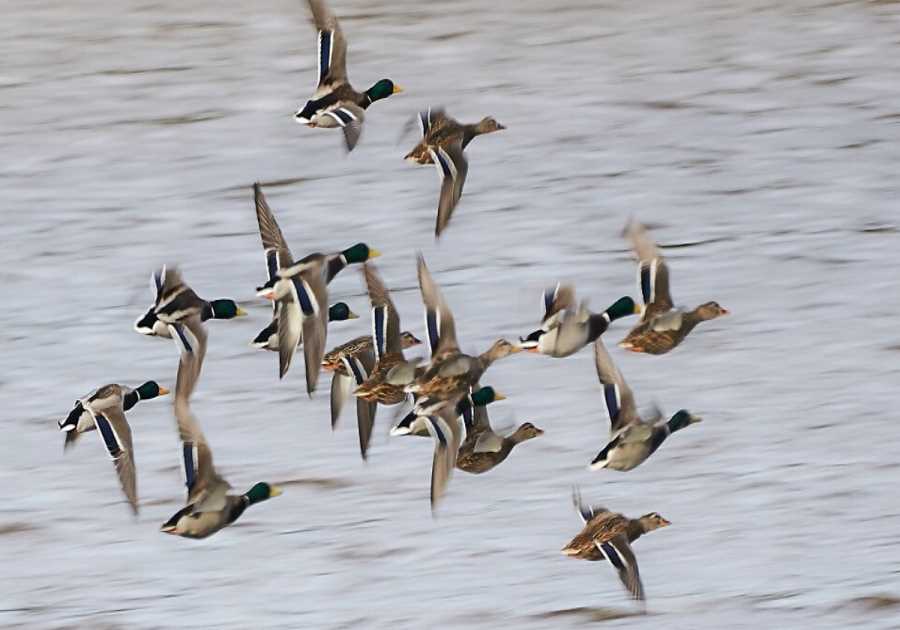 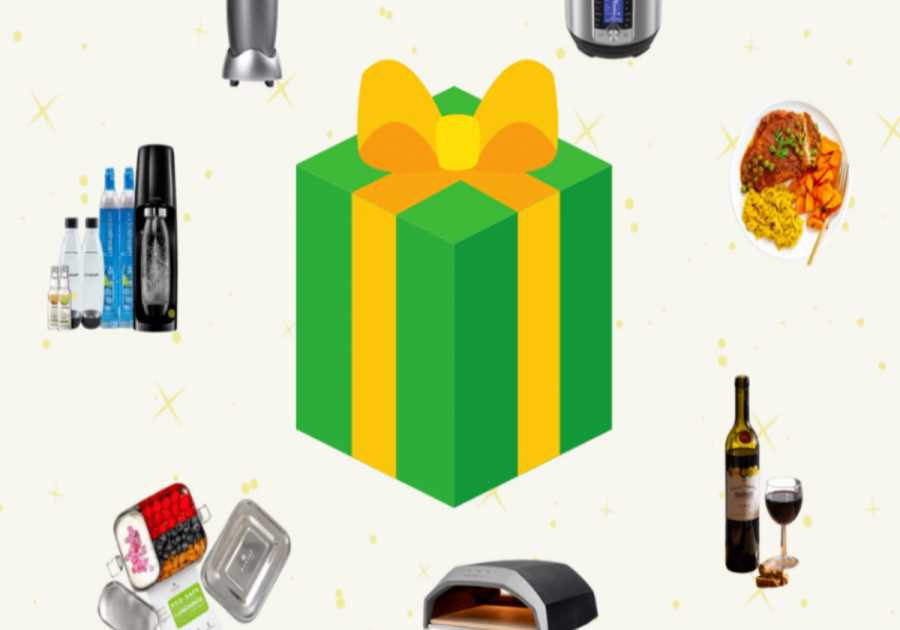 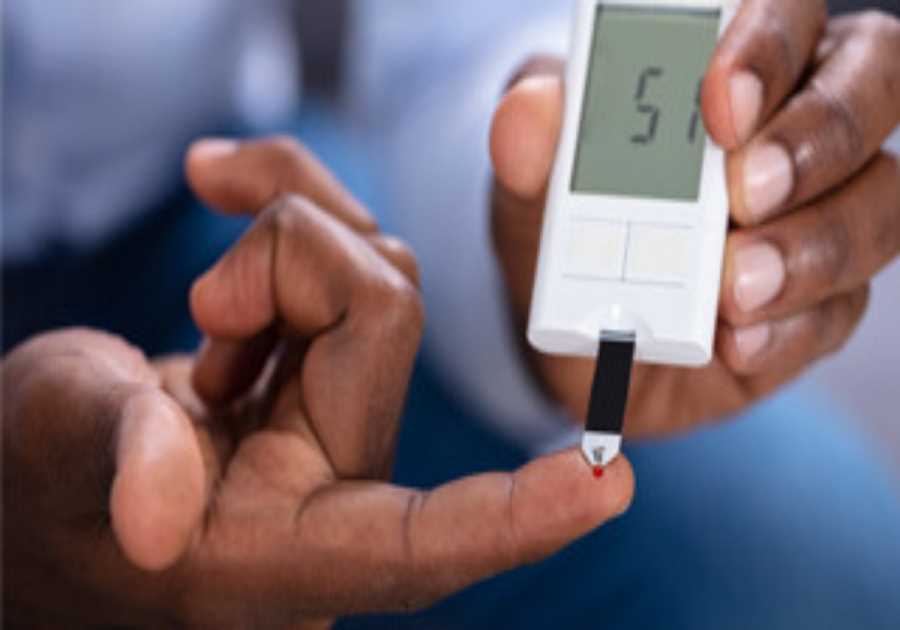 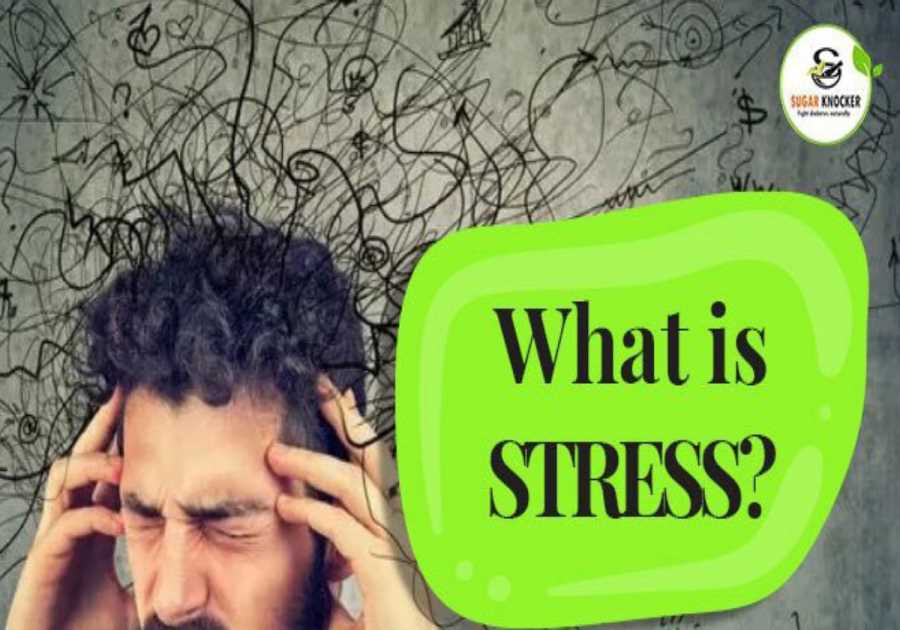 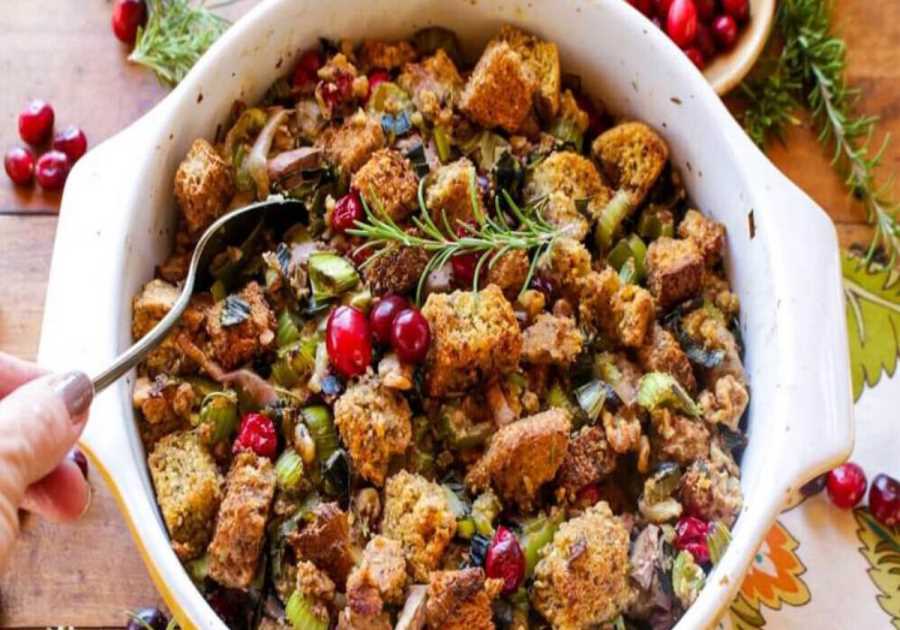